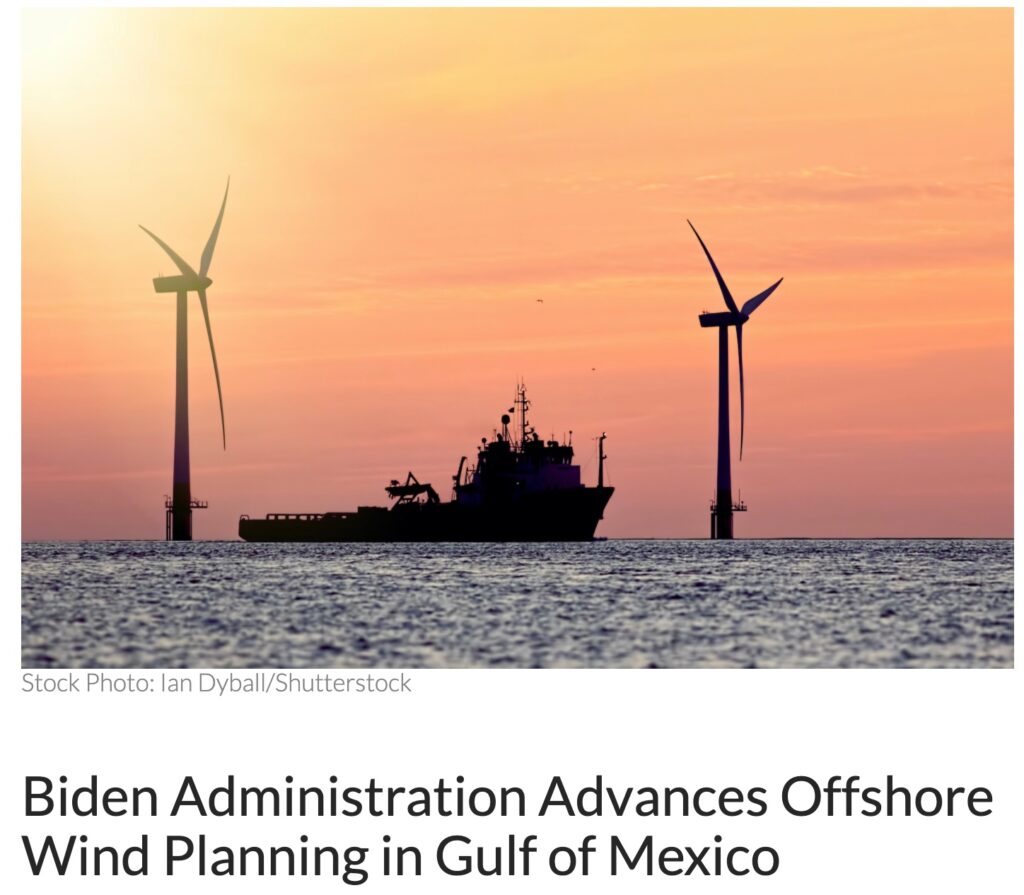 Department of Interior’s Bureau of Ocean Energy Management is preparing a draft environmental assessment (EA) to consider potential offshore wind leasing in federal waters of the Gulf of Mexico.

This is Huge News for the Gulf.
They certainly have the shoreside infrastructure available to build the turbines because they have been building Offshore Oil Rigs for years and there are no bridges in the way to limit “Air Draft” requirements

As for wind, I spent 10 years in the Gulf fishing and running Offshore Oil boats and I can tell you from personal experience, while there are calm days in the summer the wind blows in the Gulf of Mexico. Yes, there are slick calm days in the summer, but in the Spring, Fall and Winter – there is plenty of wind. It might drop out for a few hours, only to catch its breath, change direction and begin blowing again.

Port Arthur, TX would be an outstanding location for western Gulf support.

Mobile, AL could be the perfect Central area of the Gulf is Mobile, AL

Pensacola, FL would be the eastern side of the Gulf.

Let’s see what happens – none of the area in the Gulf would face opposition from homeowners on the water because there isn’t any, and there are plenty of Offshore Oil rigs just off the coast.

The area could certainly use more jobs.
Especially since the government is doing everything they can to shut down the Oil Industry and if they are successful, the Gulf of Mexico will be in for very hard times – so why not?